It's All
About Layne

Layne Beachley AO is regarded as the most successful female surfer in history. Layne’s dedication to success saw her as the only surfer, male or female, to claim six consecutive world titles between 1998 and 2003. Layne went on to win a 7th world title in 2006 before retiring from the ASP World Tour in 2008. In retirement, Layne spends her time travelling nationally and internationally as a motivational Keynote speaker for some of the world’s top commercial firms, sharing her stories about sustaining success, overcoming challenge and maintaining a winning mindset. She is also a trainer and facilitator of a series of workshops, igniting potential in everyone she works with. Layne is also the Founder and Director of her own foundation, Aim For The Stars, Chairperson of Surfing Australia and an Officer of the Order of Australia. Motivational speaker, trainer, facilitator and philanthropist, Layne currently focuses her energy on igniting potential in others. Through captivating storytelling and genuine straight talking trainings, Layne thrives on assisting people to focus their mindset on achieving their goals, realise their gifts, dispel self-limiting beliefs and fulfill their potential. Layne is a highly sought-after keynote speaker and trainer, an author, director and passionate about giving back. In addition to Layne’s Keynotes and workshops, Layne is the proud Founder and Director of her very own foundation, Aim For The Stars. The Foundation empowers and enables young girls and women to invest in their future, fulfill their potential and to put back into the community that supported them on their journey. The financial struggles early in her career almost caused Layne to quit! It was the generous empathetic action of one of her employers who presented her $3000 to help her fund her international travels. This inspired the creation of Aim For The Stars, providing financial assistance and moral support for young girls and women to dare to dream, pursue their passion and aspire to achieve. 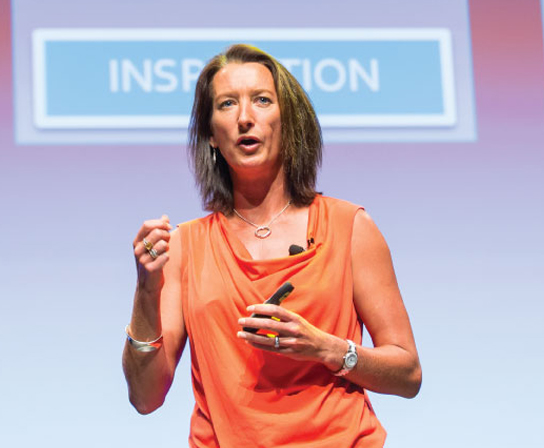 As if stamping her name in the history books was not enough, Layne has also achieved yet another first in Australian sport through her appointment as Chairperson of Surfing Australia in the latter half of 2015. Layne is the first former female World Champion of any sport to take on the role of Chairperson in a National Sporting organisation. As a competitor and world champion, Layne previously dedicated 15 years of service as a board member to the WSL (formerly the ASP), committing herself to improving and progressing the sport of surfing. In addition to this, she staged the richest surfing event in the world for 7 years. Layne is a long term ambassador for Wyndham Vacation Resorts Asia Pacific.

Adding to her extraordinary successes, Layne was recognized for her outstanding achievements on Australia Day 2015, when she was awarded with an Officer of the Order of Australia for her distinguished service to the community through support for a wide range of charitable organisations, as a mentor for women in sport and as a world champion surfer.

In September 2018, more than a decade after winning her record breaking seventh women’s world surfing crown, Layne returned to the water to win an 8th world title, becoming the first female winner of the WSL World Masters Championship with her victory in the Azores.

Her exploits are astounding, her attitude is unwavering and her achievements inspirational. Layne is recognised first and foremost for stamping her name in the history books as a World Champion surfer. In 1988, Layne made her debut on the ASP Women’s World Tour at 16 years of age. She claimed her maiden event win in 1993 and spent two decades travelling the world on the Pro tour. Layne’s single minded focus to be a world champion pushed her to the limits and came at a price as she suffered several injuries, depression and two bouts of Chronic Fatigue in 1993 and again in 1996. Never one to let something beat her or hold her back for too long, Layne continued to pursue her passion to be a world champion surfer.

She persevered to win her first, of what was set to be, six consecutive world titles in 1998. Layne went on to win her seventh world title in 2006, which she admits, was her most personally fulfilling win. In 2008, Layne took the decision to retire. An extremely difficult decision for any athlete leaving the sport that has defined them for the majority of their life. However, Layne felt her passion for becoming a world champion was no longer as strong as when she started – she achieved what she set out to do. Layne’s next vision is to pass on to others what she has spent years learning and mastering – leadership, mindset, inspiration, motivation and determination. 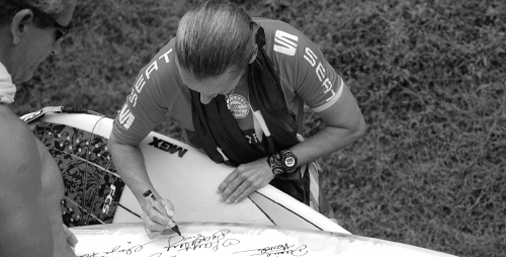 Layne’s achievements could line the coast of Australia, which are the result of hard work, passion and a focused mindset. Not only has Layne received an Australian Order, created a foundation and taken on the role as Chairperson of Surfing Australia, she has achieved so much more. With this in mind we decided to list some of them below …

Officer of the Order of Australia

Inducted into Hall of Fame ‘I support Women in Sport Awards’

Appointment of Chairperson of Surfing Australia

Officer of The Order of Australia

NSW Australian of the Year; Finalist

NSW Woman of the Year; Finalist

Australian Female Athlete of the Year

ESPN Surfer of the Year